I spent yesterday at the Denver Zoo and a good portion of that time was spent watching 4 baby siberian tiger cubs, born May 31.  How cute are these little ones!!  There are two males and two females born to mother, Koshka (Koosh-kuh), and father, Waldemere (Wald-uh-meer).  I believe they are both first time parents.  More photos posted on facebook if interested. 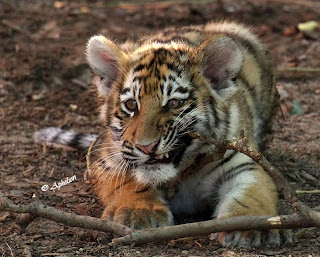 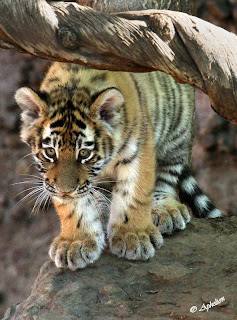 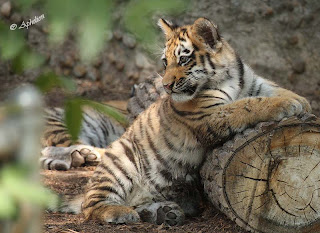 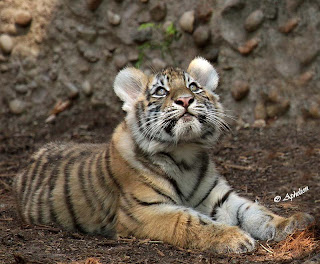 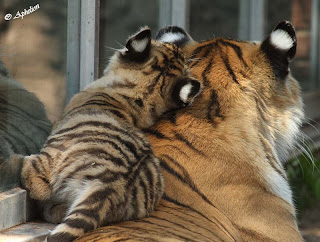 Posted by Cathy Sheeter No comments:

Catching up! The last few weeks!!

Well what a busy time my last few weeks have been!  My art fair on August 28-29 was a success with lots of people coming through the  booth, decent sales and lovely weather.  My booth took 2nd place in the fine art category too!   Here are some pictures of my booth early Saturday morning before people were coming through.  There was a steady flow of people both days.  Originals on the back and left side walls, framed prints on the right side. 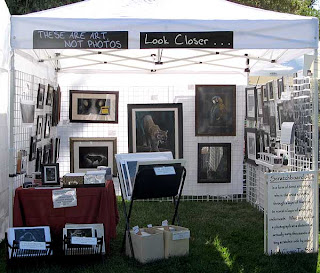 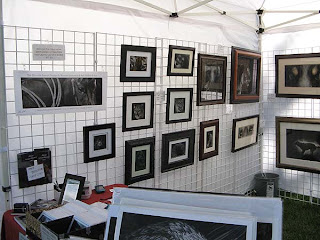 The left wall (originals other than the Greeley Poster)
Framed prints, cups, calendars, magnets, bookmarks and more on the right wall 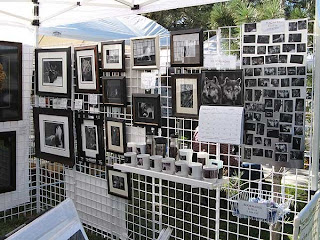 Just two days after my art fair I flew out to San Diego for Society of Animal Artists 50th anniversary Exhibit opening of Art and the Animals.  What a fantastic time all weekend!  About 100 artists (as well as many spouses and patrons) were in attendance and it was so fun to visit with old friends as well as making new ones!  A wonderful group of people indeed.
I arrived on Tuesday afternoon to be able to do everything there was to do.  On Wed we went whale watching and although we did not see any whales we did find a large pod of bottle nose dolphins, as well as seals, sea lions, and various sea birds.  It was a lovely day on the water and I didn't even get sea sick!
Snowy egrets scuffle over bait fish on a boat in the marina 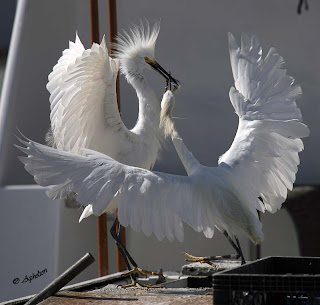 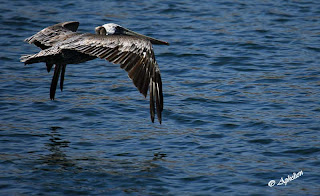 Sea foam from an outgoing tide made great patterns 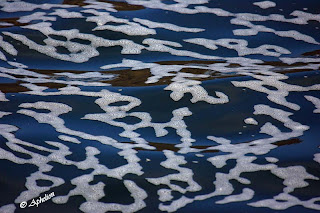 On Thursday we all bussed to the San Diego Wild Animal Park.  I had not been here in almost 15 years, and it had changed from how I remembered.  My favorite part of this day was a cheetah demo where a cheetah chased a ball.  I am excited to work from some of those photos in the future.
Male gerenuk courts with a female in estrus by demonstrating high stepping behavior.  She was ignoring him ;) 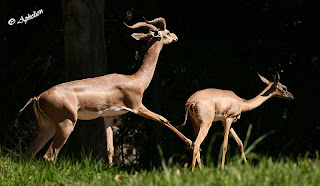 Bald Ibis - not exactly pretty in the typical sense, but I loved the iridescent feathers and lighting 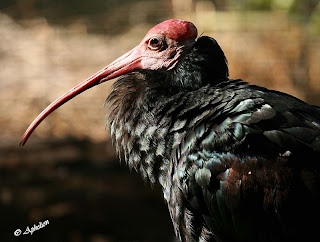 Cheetah chases ball as part of a demo 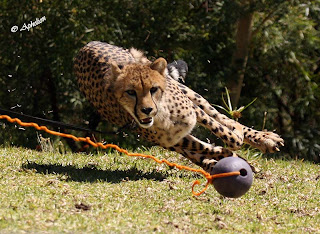 Friday it was off to the famous San Diego Zoo!  What a zoo it is as well!  Tons of great photo opportunities!
Not really exotic, but this female red breasted merganser had great light and was actively preening 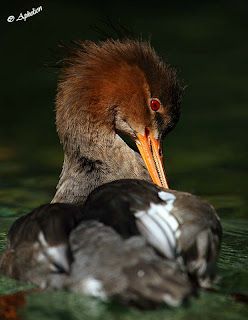 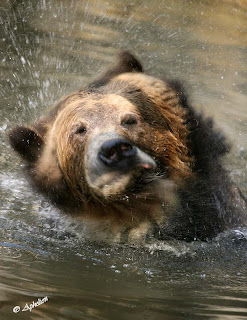 Who can resist a meerkat in evening light?? 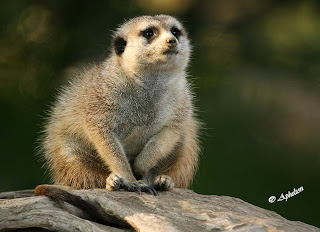 Saturday was a busy day with meetings, talks by Robert Bateman, off to the museum to see the exhibit (finally) and the awards dinner.  I also did a scratchboard demo at the museum.  Here is a picture taken by a friend of me with "The Interrupted Drink" at the museum.  Darn plexi-glass picks up a lot of glare :(  The entire show of about 150 works was simply spectacular and it was a true honor to have work included in this exhibition. 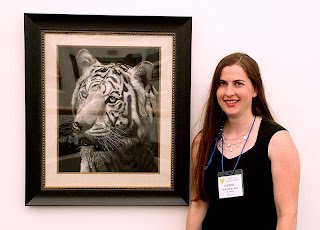 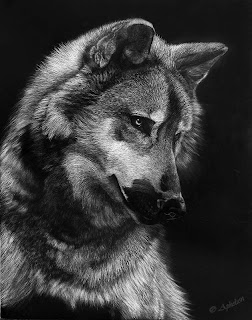 From San Diego I flew to San Fransisco to see my Aunt, Uncle and two cousins (ages 23 and 18), which I had not seen in about 10 years. 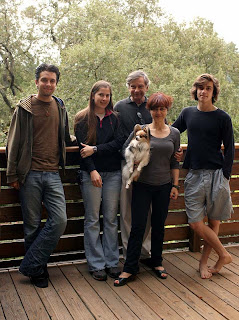 It was fun to catch up, but now it is great to be home too!!!
Posted by Cathy Sheeter 2 comments: